Yuri On Ice - Real People Behind the Show the anime


The question of the day: who is Yuri Katsuki based on?

The answer is: Yuri is Yuri. He is unique. He is himself. There are however characteristics that were borrowed and pieced together to form this unsual character, namely: Daisuke Takahashi, Tatsuki Machida, and may be still a little bit of Yuzuru Hanyu, because he is so sensational. However, Yuzuru Hanyu isn't officially Yuri's prototype. In our easter egg episode 12 on youtube, we saw that JJ was holding an ice skating magazine with Yuzuru Hanyu on the cover.

Yuri Katsuki has a glass heart and can perform characteristic unique step sequence. Just like Daisuke Takahashi. Daisuke is an amazing Japanese male figure skater who struggled with consistency but shined on his step sequence techniques.

He had a successful junior career, winning the 2002 World Junior Championships in his first and only appearance in this specific competition.

His senior career on the other hand was very rocky, plagued with inconsistency just like the Japanese Yuri in the anime.

His ranks could easily shift from the 1st to 15th from season to season and falls from the 1st to 8th from program to program. Despite his struggle with consistency (he could win Grand Prix Final but could also stumble on triple axel and triple loop) just like Yuri in Yuri on Ice, he medaled often, and won plenty of gold, silver as well as bronze medals. He is truly a great figure skater. He was the first Japanese and the first Asian man to win several important championship titles. He is truly one of the shiny stars in this era of Japanese figure skating.

He was once coached by Nikolai Morozov. Evgeni Plushenko even called Daisuke his hero once. Daisuke has definitely achieved the No.1 Male Figure Skater in the World title a couple of times.

Tatsuki Machida as Yuri in anime - Yuri on Ice

Apparently Kubo Mitsuro sensei who scripted Yuri on Ice was quite a fan of Machida Tatsuki, another famous Japanese male figure skater. Just like Yuri, he also performed poorly, in fact, he obtained the last place in his first debut at Grand Prix Final at Yuri's age. He eventually improved so much he obtained a silver medal in 2014 losing just by 0.33 to Yuzuru Hanyu in an impossible jaw dropping come back after that terrible season in the past. Some people say that Yuri Katsuki's last name sounds just like Tatsuki Machida's first name.

Stephane Lambiel was once mesmerized by his performance. Stephane even offered to instruct Tatsuki, and Tatsuki was very excited to be able to get the attention of world-class performer and former choreographer of Daisuke Takahashi. We can't help but see a bit of parallel background - Viktor saw Yuri's performance and rushed to coach him against all odds.

Tatsuki Machida also trained in California at a place called ICE CASTLE, where he thought his experience defined his career. Yuri's first training ground in the small town is also ICE CASTLE!! 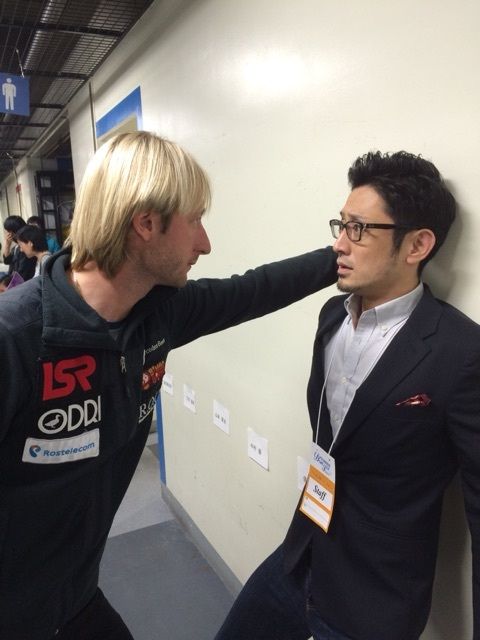 Kenji Miyamoto is the anime Yuri On Ice's Choreographer

He is a professional Japanese choreographer. He choreographed for this anime, Yuzuru Hanyu (scream~~) and Daisuke Takahashi. 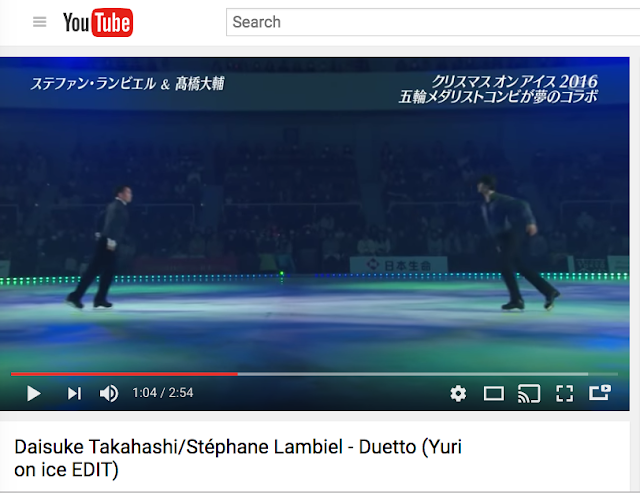 He learned about Yuri on Ice through Evgenia Medvedeva's tweets! 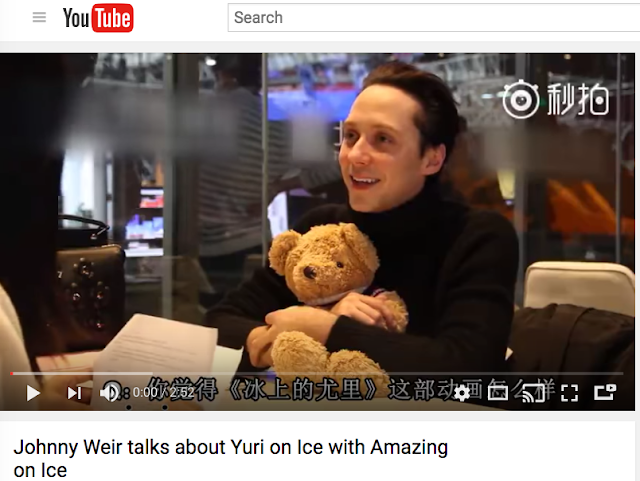 Evgenia always tweets about Yuri on Ice, the anime. She has some hilarious reactions. She even inspired Johnny Weir to watch the show.

A young Chinese figure skater who has made a Grand Prix Final debut and has medaled in regional championships. He is extremely accomplished in a young age.

Jin Boyang is the first skater to ever land a quad lutz-triple toe loop combination in international competition, the first skater to have landed four quad jumps in a free skate and six quads in a competition, and the record holder of scoring the most amount of points on one element (the quad lutz-triple toe loop combination). (wikipedia)

Michael Martinez, the first Filipino and the first Southeast Asian to compete in the Figure Skating Olympics. He even tweeted about his appearance in Yuri On Ice. See our previous Yuri on Ice and the Real People Behind the Show video